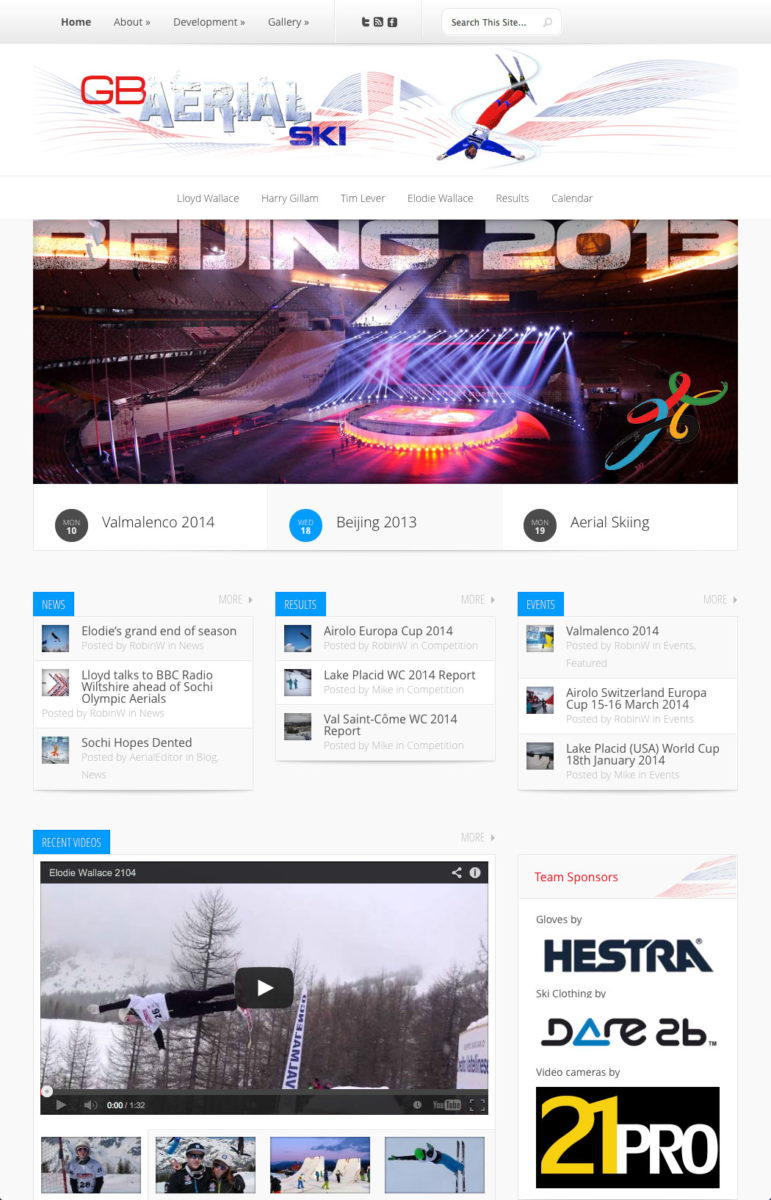 Website to promote the exciting sport of Freestyle Aerial Skiing in Great Britain.

We first created this site in 2011 and redeveloped it in 2013 during the lead up to the Sochi 2014 Winter Olympic Games. This site is the first port of call for sports fans, athletes and sponsors involved with Freestyle Skiing, a dynamic and exciting sport in which Great Britain has a small but promising team of athletes. Other webpages exist as part of the governing bodies involved in skiing, but there was a lack of in-depth information about the sport itself or the athletes involved. We believe we achieved a good balance between a fanzine type of site which would appeal to the extrovert youth who are involved in the sport and the corporate side for the site which would attract and retain sponsors. By concentrating on profiling the athletes and using a few dramatic images of them in action, we retained the fun image of the sport while managing to include good insight into how the sport is accessed for training and competition.

Pivotal to the website was the creation of a logo which can be used for any media, combining the red, white and blue of the Union flag and instantly conveying the dramatic ski action of these high flyers.

This is how the Internet works now, sorry